“I broke character a block away from the bar and acknowledged Spencer for the first time in over an hour. Spencer agreed that the experiment had been a success. He felt it was the way birthdays should be celebrated.” 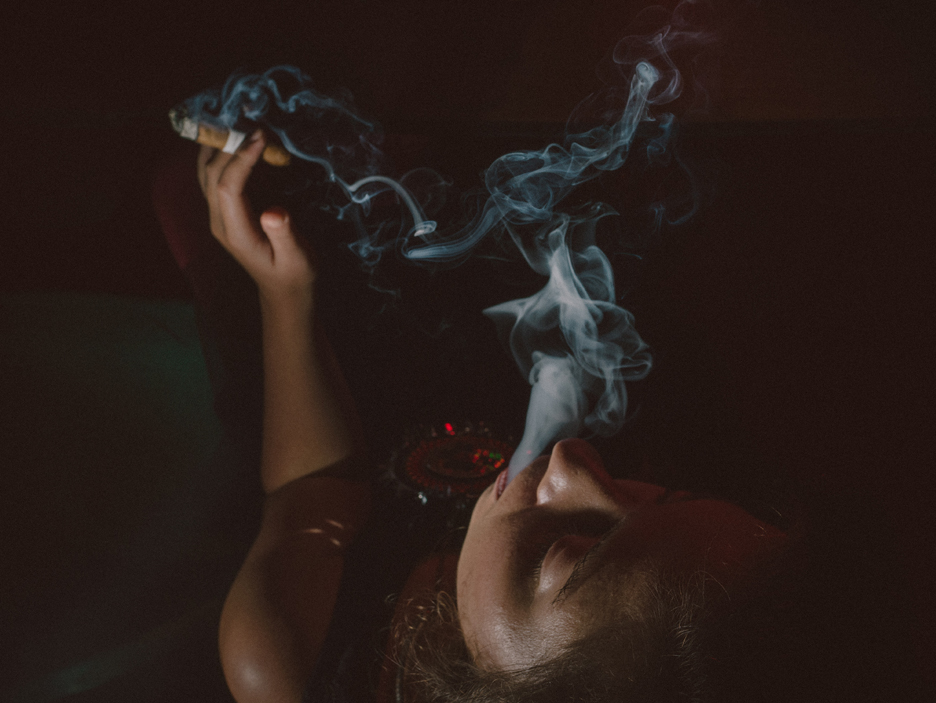 A lady approached me while I was in Greek Islands to tell me I looked truly comfortable sitting by myself. I hadn’t checked my phone. I didn’t have a book as a buffer. I was enjoying my meal solo, comfortable with my own company. She applauded the skill. Even as a self identified introvert who enjoys being alone, learning to enjoy a meal by yourself is an acquired skill. For me, it heightens the experience. Each moment intensified by my solo status. I concentrate on the way my food tastes, I take in my surroundings – focusing on details I would have otherwise missed. I people watch and eavesdrop on conversations. I let my mind wander and take the time to explore a train of thought. I relax/recharge and let the world happen around me.

As my birthday approached this year, my friends wanted to know where the party would be, what was I doing? The thought of having a party sounded exhausting. Of course I wanted to see my friends but I also wanted to schedule some time to myself to reflect on the last year of my life and thus ‘The Solo Birthday Celebration’ was born.

Concept: To plan a Solo Birthday Celebration that explored introversion and celebration.

Location: I chose a dive bar in Brooklyn called Tip Top because of its unpopularity. I also felt that the Christmas lights and old Happy Birthday sign created the right setting for my celebration.

Time: 8:00 pm – I was meeting friends later in the night so I needed to start early.

I wanted my celebration documented so I had my co-founder Spencer Lum meet me at the bar. After initial greetings, I completely ignored him as if he wasn’t even there. I can only imagine how strange this must have appeared to onlookers.

There were two other patrons and the bartender. One of the men tried to initiate contact with a feeble joke about Canadians but I shut him down. The bar tender asked for my ID and I handed it over, announcing that it was in fact my birthday. “Happy Birthday” she replied pouring me a whiskey on the house.

I laid out my goodie bag of items I had brought and sipped my whiskey. I eavesdropped briefly on the conversation between the bartender and my fellow drinking companions but it wasn’t of interest.

Spencer continued to shoot while I ate my birthday cake. My drinking companions ordered me a shot of terrible citrus vodka. I washed it down with the last of my whiskey, ordered another and decided to take my drink and cigar out the back.

The back of Tip Top is my favorite part. It resembles the smoking area of a derelict country pub somewhere in Australia or perhaps someone’s back yard where you used to hang out and smoke weed as a teenager.

It was empty except for myself and Spencer. The sound of the rain on the roof was comforting. I took a seat and lit my cigar. The alcohol had started to hit my system and the head spins from the cigar gave me a buzz. The smoke trailed from my cigar illuminated by colored light. Spencer circled me with his camera. I was aware of his presence but felt that he was an outsider observing my bubble.

The solidarity, the inebriation, the smoke swirling around me, the flash from the camera – it was a surreal yet deeply relaxing experience. I stubbed out my cigar, packed up my things and thanked the bartender on the way out. I broke character a block away from the bar and acknowledged Spencer for the first time in over an hour. Spencer agreed that the experiment had been a success. He felt it was the way birthdays should be celebrated. 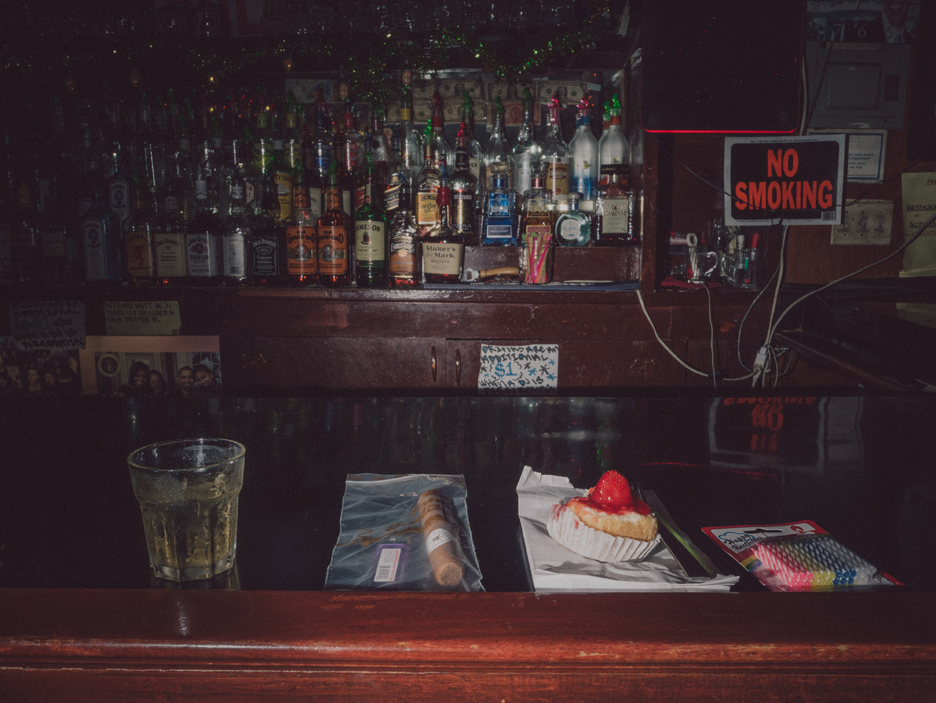 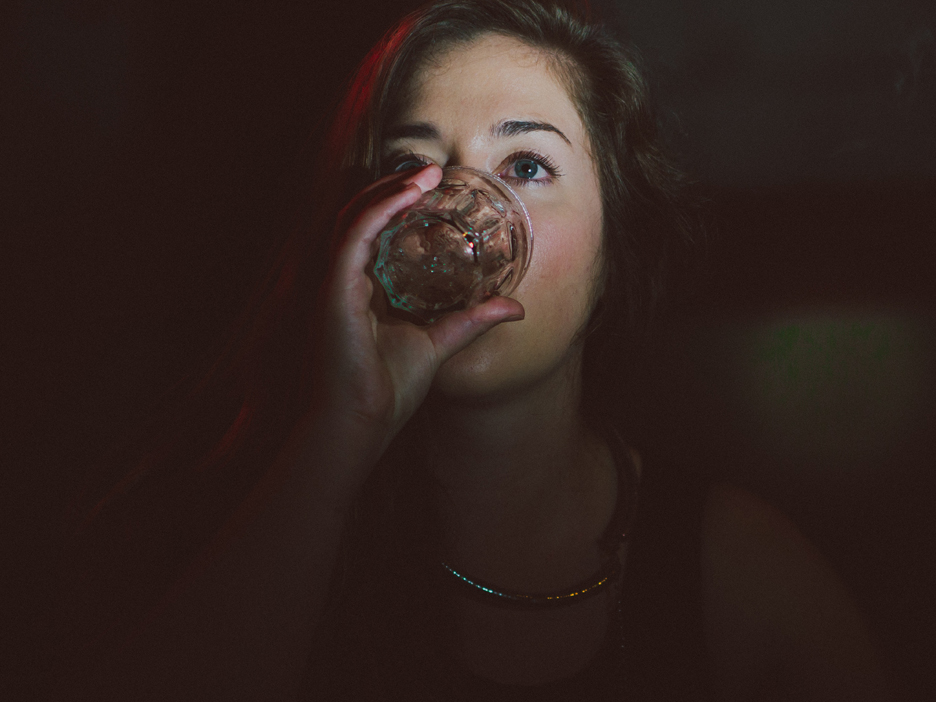 Birthdays create an uncomfortable tension for me. The thoughts and wishes are pleasant and warm, but there’s an undercurrent of expectation that’s disquieting. Because it’s the day most about you, it creates a self-consciousness that’s normally absent.

I was fascinated when Kirra approached me about The Solo Birthday Project. Declaring her identity and acknowledging her introversion, she celebrated her birthday on her own with a cake, a drink, and a cigar without acknowledging my presence as I documented the event.

As the evening progressed and people looked on, I came to realize that despite my invisibility, the very presence of the camera catalyzed the celebration into both performance and a truer statement of self. It became an exploration of awareness. Where self-consciousness normally re-frames our existence in the eyes of our own narrative, here, Cheers flips this around and re-frames her narrative through existence, turning a constructed event into a form of liberation. 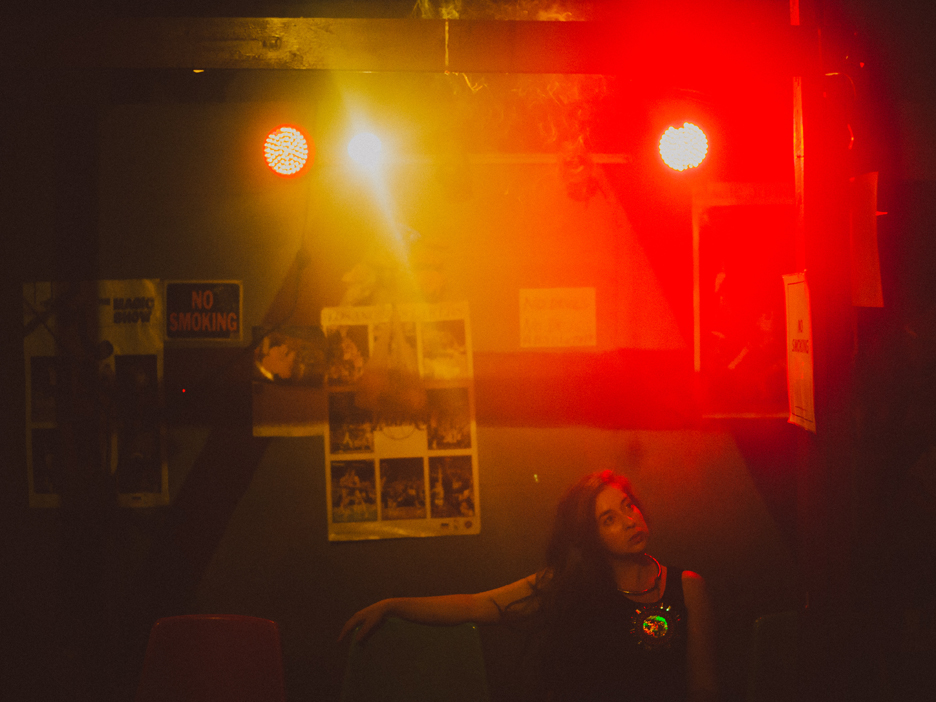 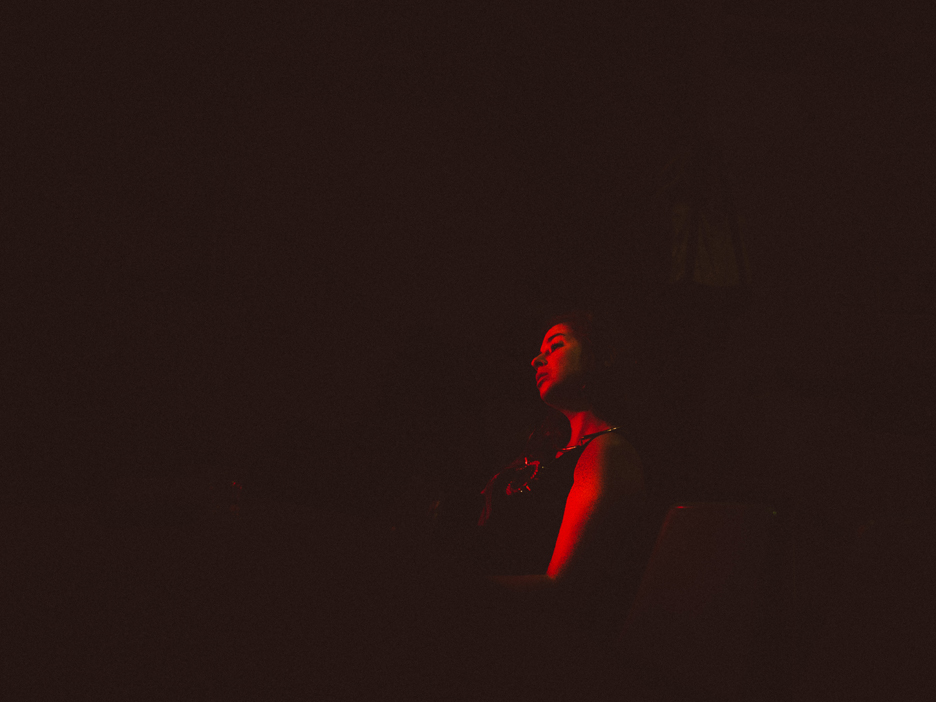 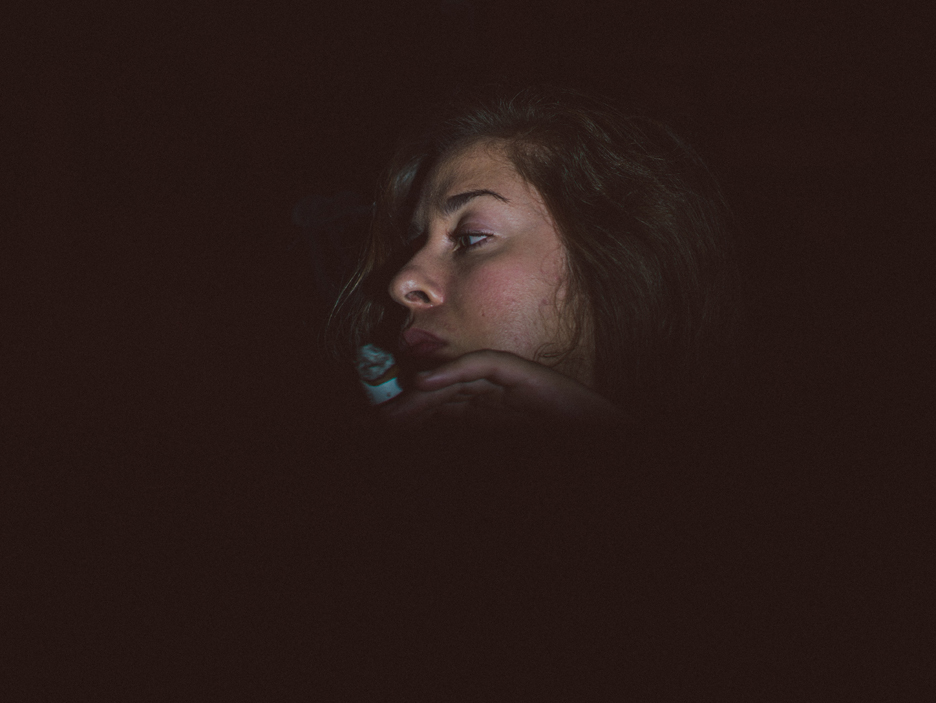 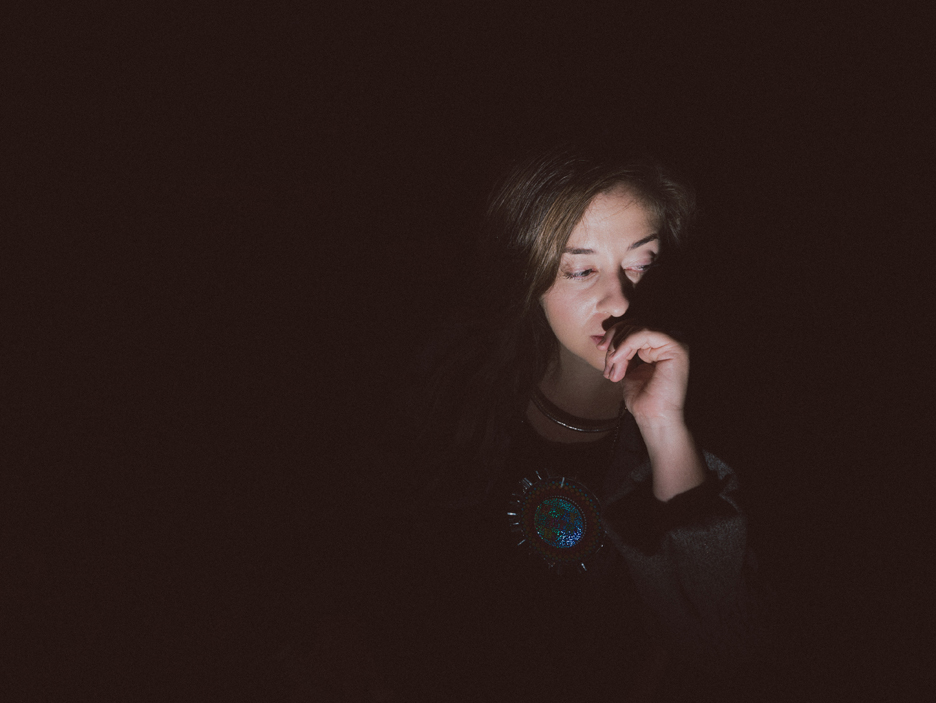 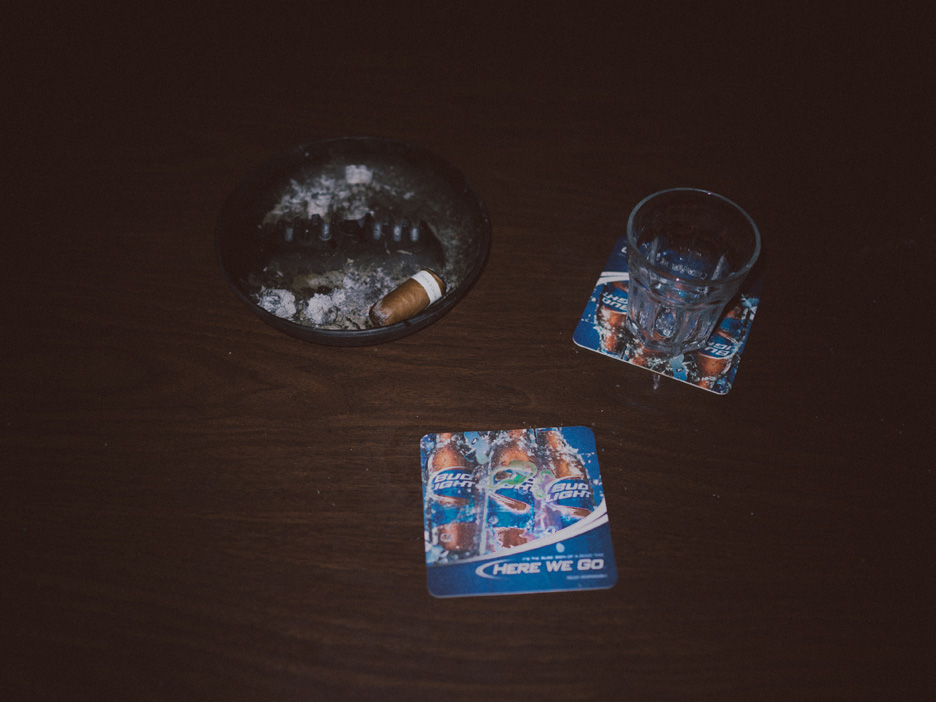 Shouldn’t your birthday be the one-day of the year you celebrate you? Not the version of yourself you present to the world but the real ‘you’. The private self.

A huge thank you to Spencer Lum for supporting my birthday dreams and coming along to photograph the event. Check out Spencer’s work here and peep his instagram at: @spencerlum