“See…the flash is making my boys nervous, they’re worried you might be cops.” 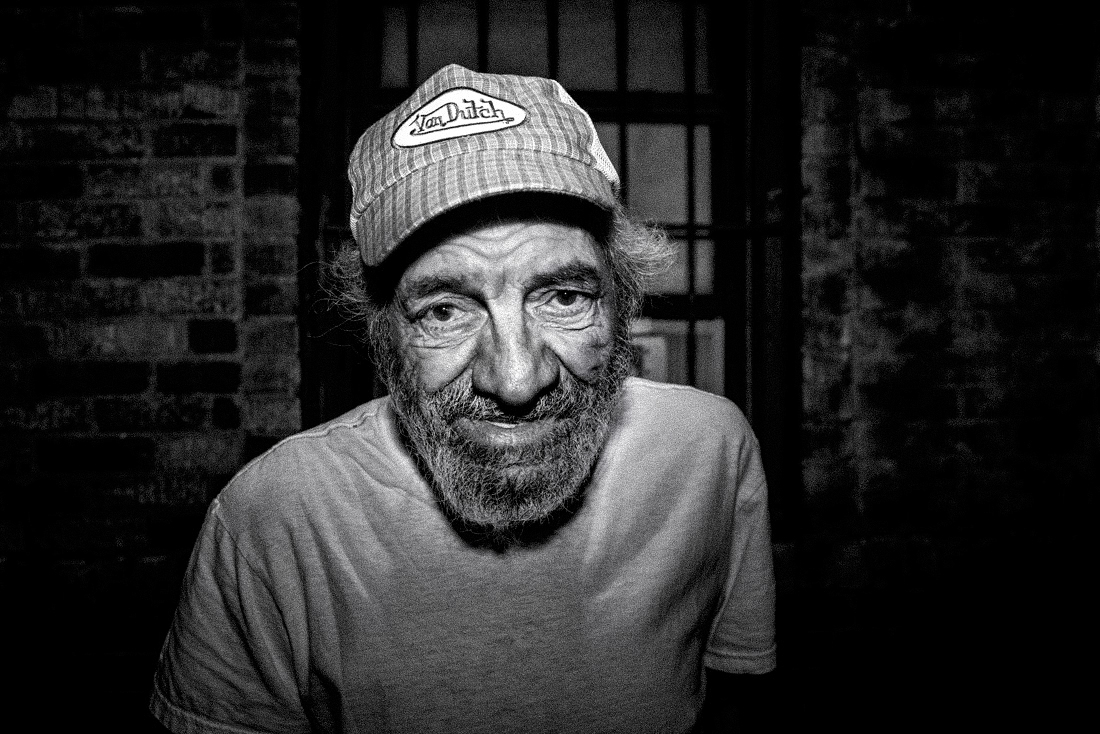 For my second instalment of my ongoing project…Into The Night – which documents an old New York that lives on after dark…I headed to Washington Heights. I took my friend Juan to act as my co pilot/body guard/translator/talent. Juan made the introductions in Spanish while I stood there looking pretty – camera poised, ready to fire. 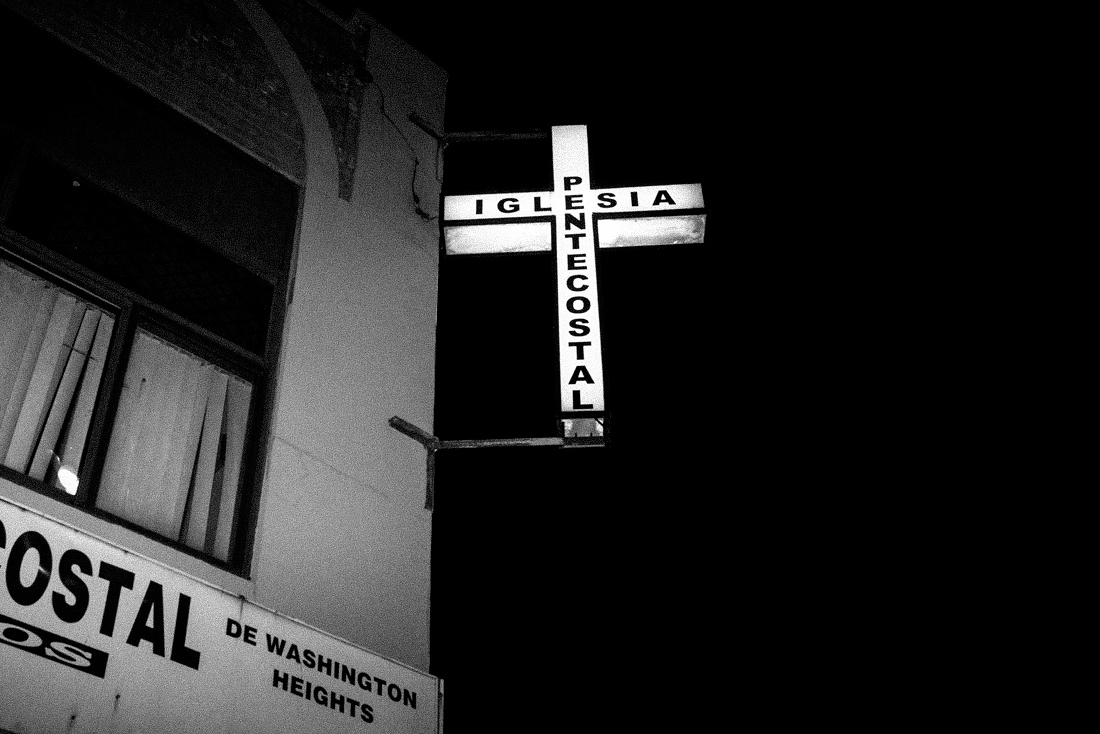 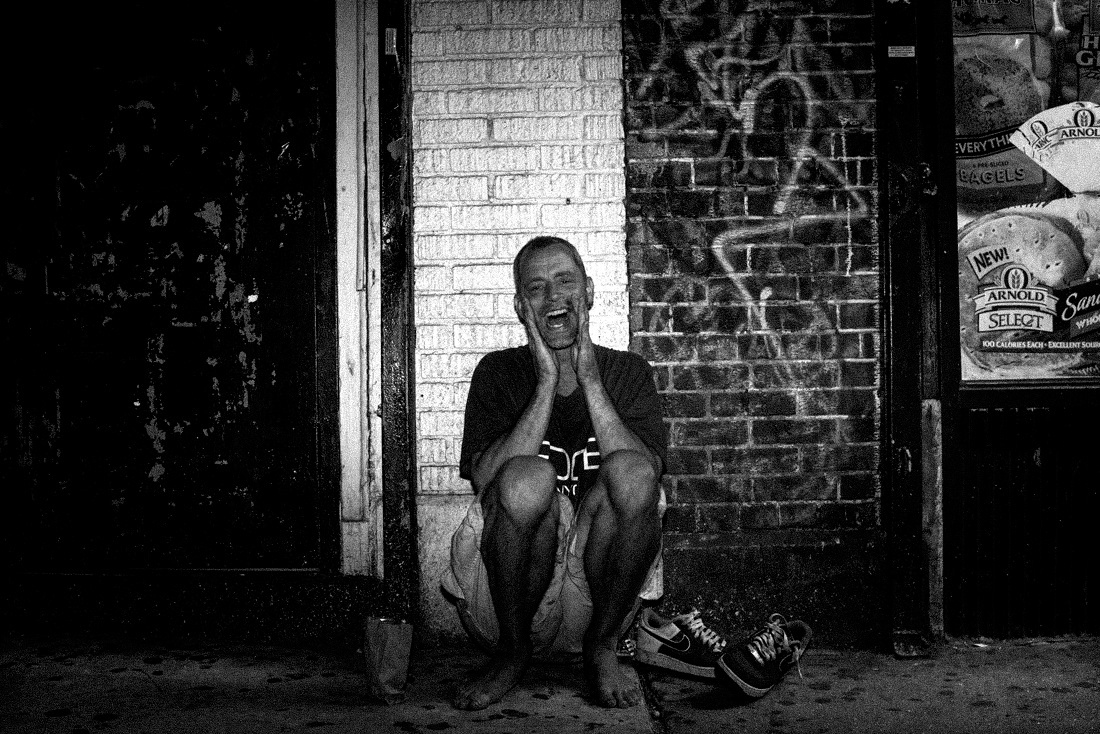 You never know how people are going to react to being photographed. Some people embrace the opportunity, others take offense. While there is almost nothing I wouldn’t do for a great photo I would also prefer not to get beaten/stabbed/shot and if I get mugged and lose my camera then the whole exercise is pointless. Knowing all of this still doesn’t change the fact…there is almost nothing I wouldn’t do for a photo opportunity. With this in mind, it is in my best interest to have Juan along to act as the voice of reason and asses the possible risk of heading down that block or jumping into that car. I am clearly my own worst enemy. 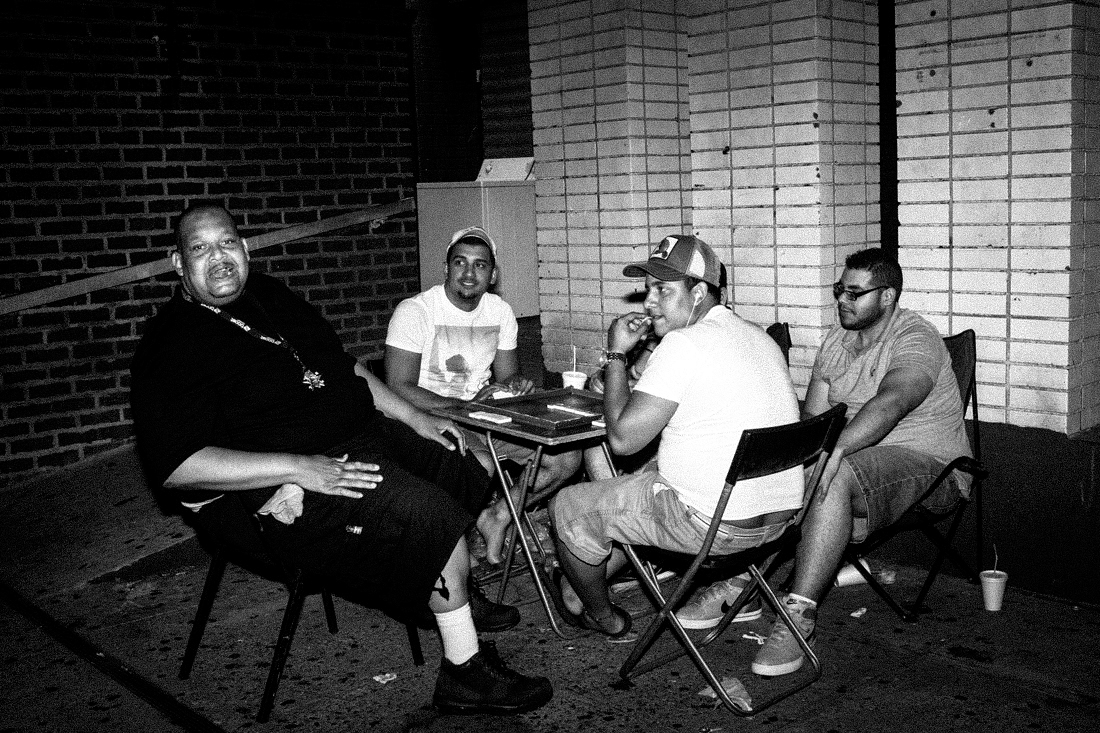 At one point during the night, we approached a block with a younger crew. We had been shooting some of the older guys playing dominos on the street. I felt the reception had been warm and a few people even asked to have their photo taken. But this felt different. I made the decision to shoot the body of work with flash because stylistically it is aggressive and revealing and in my opinion – a perfect match for the streets of New York. It also attracts a lot of attention and I hadn’t considered that as a result, I might be mistaken for police. One of the younger guys approached us. “No disrespect” he said “…but what are you photographing?” Juan explained the project while I offered my business card as a sign of my legitimacy. He nodded. “See…the flash is making my boys nervous, they’re worried you might be cops.” We explained we had been photographing some of the guys playing Dominos down the block. He nodded again. “See…those guys are old school – they’re actually playing Dominos. Our games are just a front to sell drugs.” Juan and I nodded in understanding. I couldn’t believe he had been so upfront with us. If I had been a cop – he had just ratted out the entire operation. We agreed to head in a different direction but asked him if I could take his photo. He agreed. I took his photo and he told me he lived in the shelter around the corner…. “23 and doing it tough” he said. I nodded in agreement. 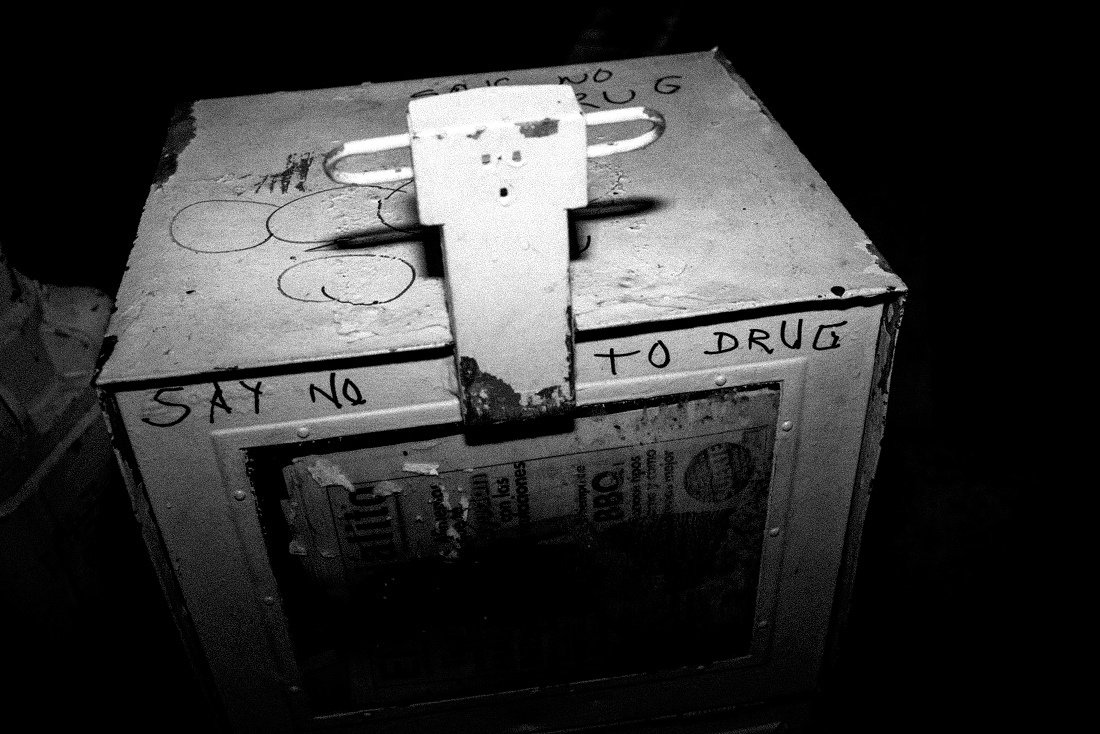 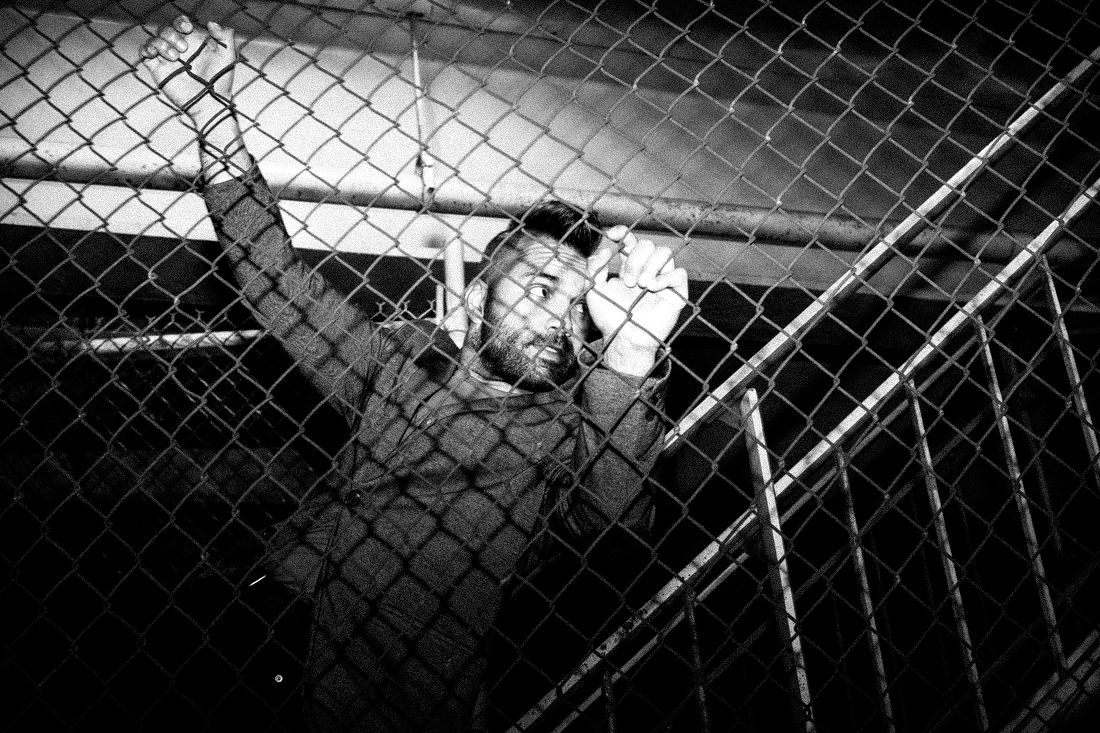 As the night went on, word got out that I might be a famous photographer. People rolled around in cars asking for my details – wanting to work with me, asking if I shoot bikini girls, could I photograph their nieces christening? One guy told me he had an idea for a movie. I handed him my business card…not sure how I was going to make his movie a reality but happy to oblige.

The night ended with Juan scaling a fence in an attempt at walking the Washington Heights Bridge and getting caught by the cops. They informed us we were trespassing and suggested with the current state of terrorism it would be advisable if we moved on. With those words of warning, we decided it might be time to head home.

It was truly an adventure ….Into the Night. Thanks to Juan for for killing it as my co-pilot and delivering me and my camera home safe and sound. 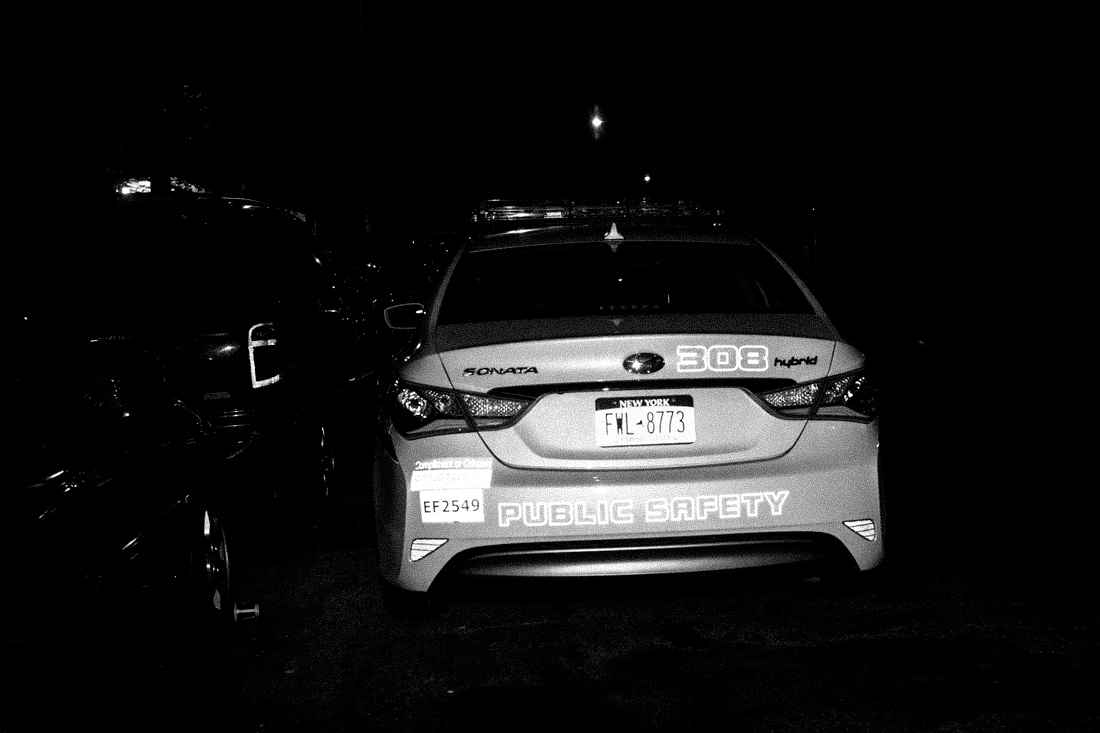 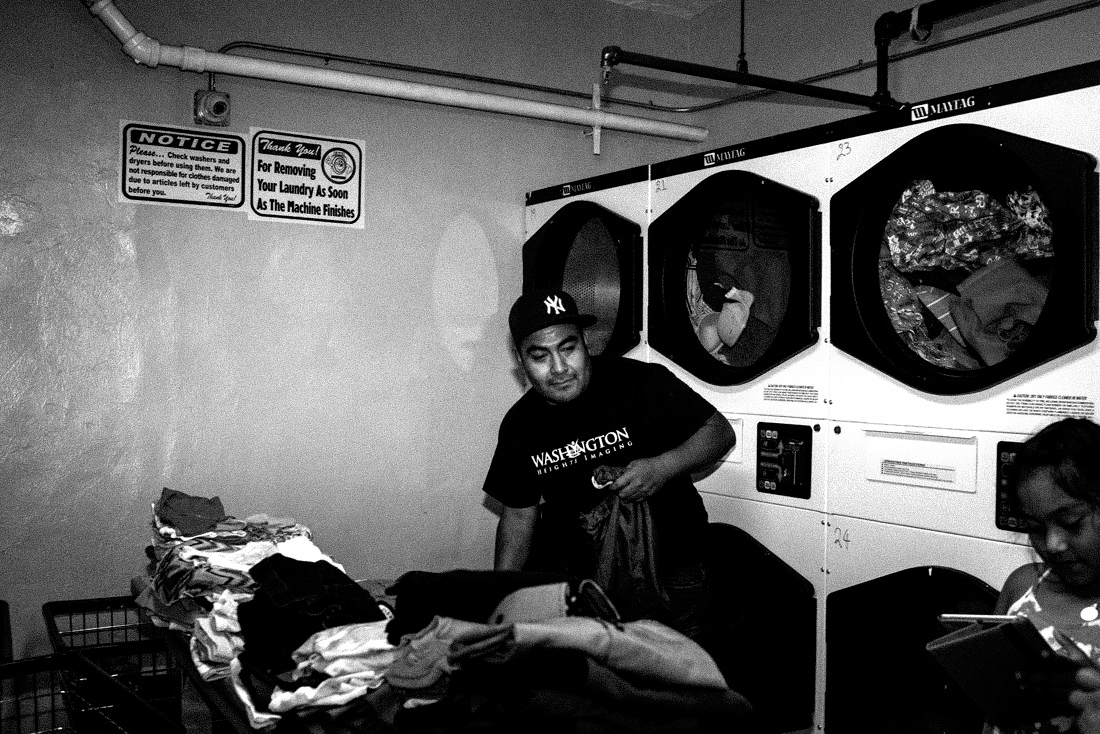 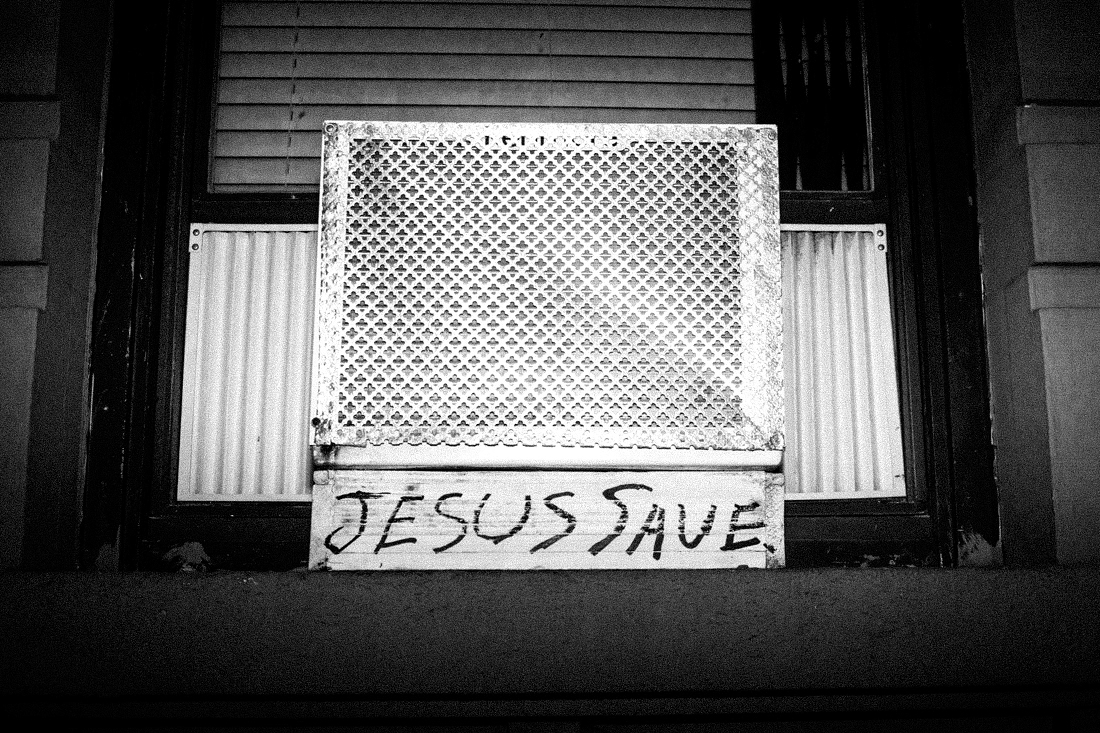 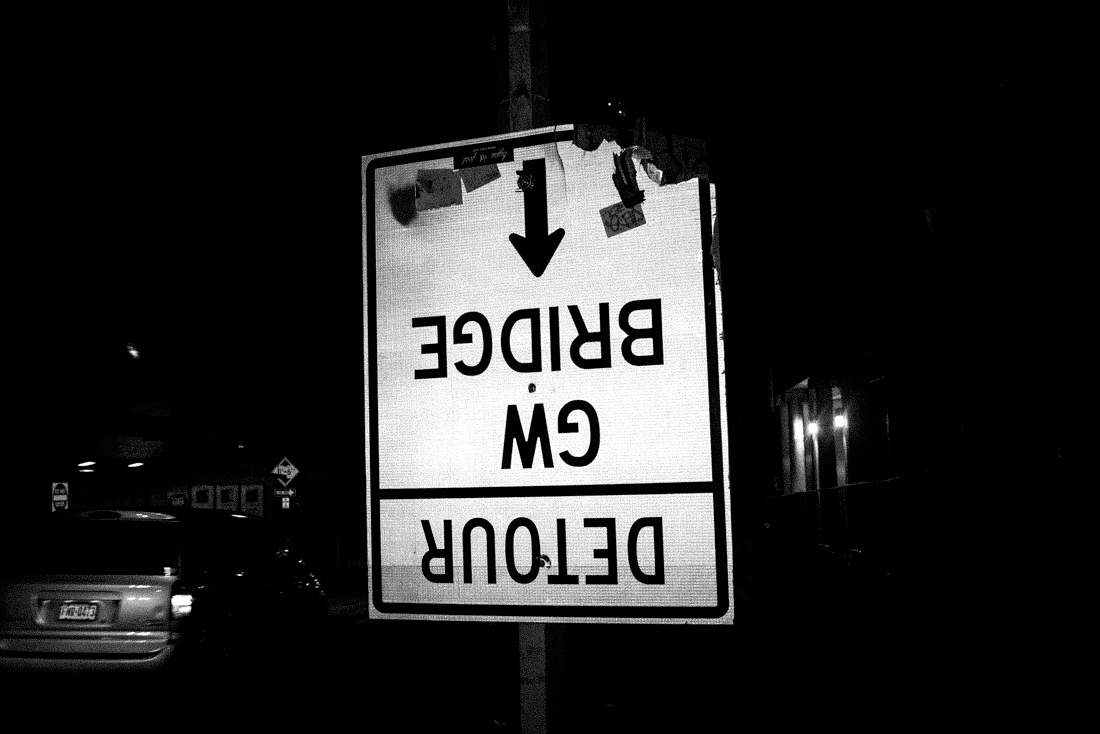