In part 1, I told you that I had been invited to go Marlin Fishing on the Ribbon Reefs of North Queensland Australia. I also told you that I had hired a personal trainer to ensure that I would be in some sort of condition to do battle with these monsters of the deep.

My trainer’s name is Helga, she was recommended by a friend who had been to some of Helga’s classes when he was preparing for a walk in the Himalayas. I asked if Helga was any good, my friend replied that “the Himilayas were a walk in the park after a couple of classes with Helga”. She is Norwegian, but grew up in China and kinda speaks funny. I arranged to meet Helga at a small bar close to my home. Helga arrived in a black Hummer and parked next to my pushbike, actually on the front wheel. When Helga sat down, she stated “what dumb ass parks a bike there?” I replied “yeah what a dumb ass”. We ordered drinks, glass of Reisling for me and a pint of dark ale for Helga. I explained the reason for my need to get in shape, Helga replied, “I not a miracle worker” and she pointed to my gut and said “you are Mr. One Pack, six pack out of question”. I could only stand so much name calling and I said, that she could “call me Peter or by my trendy blog name Bludog”. Helga said “listen Blahdog, I call you whatever I want, until you ready and after each week I will assess your journey to give you feedback, your progress will be name I choose, you got that One Pack?” I got it, we arranged to meet the following day and Helga departed in a cloud of burning rubber and diesel fumes and the Hummer ran over my back wheel.

Week 1 “One Pack, drop and give me twenty” and so it went every day pushing, heaving, stretching, huffing, puffing, sweating, panting, dizzy spells, whimpering and finally collapsing. I asked Helga if we could have a change of training venue, because I found the back room of “Con’s Fish Shop” too confining. “No way One Pack, I be seen in public with lard ass like you, it bad for business” and so it went, eye popping exercises, the smell of sweat mixed with fish and chips and week old tartare sauce. Somehow I got through week one, I felt terrible, at this rate I would not even get on the boat. Helga’s assessment after week one, “One Pack you have reached level of Jelly Fish”

Week 2 “One Pack your gut still fat, you need to do more pelvic thrusting, you know somebody who can help you with that”. “No pelvic thrusting for me, I only have a little dog at home and she runs away and hides when I crawl in the door.” I again approach the subject of changing the training location and challenge frau bitch Helga to a best out of 3 arm wrestle, BAM BAM , my knuckles are bleeding, “best out of 5″ I stupidly cry, BAM. So Cons Fish Shop it is. Helga’s assessment for week two “One Pack you have reached level of Sea Slug”

Helga’s assessment for week 4 Goldfish. At least I am back in the fish species,

Next week Part 3     “The Comeback and the Offer you should never refuse”.

You can view view part one here 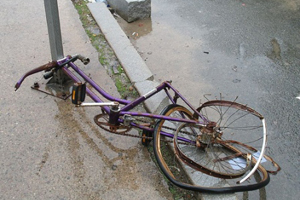 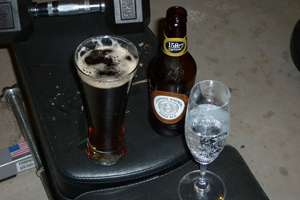 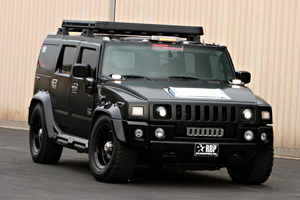